We are now experiencing the ‘Chinese Century’. Massive demands for quality life and better healthcare are created due to rapid increase in income levels and urbanization in China. These emerging opportunities have been spreading across a variety of market sectors to stimulate global businesses.

Despite concerns and criticism on protectionism, China has been increasingly promoting trade openness and reforming unprecedentedly to become the engine of economic growth historically. Tremendous progress has been witnessed in economic reform, while China is taking its global leaders’ role to drive ecological progress.

Among all the opportunities presented to the world, increasing global economic integration and opening financial markets to foreign investors are considered to be the most significant ones.

International Monetary Fund has added RMB into its basket of reserve currencies in 2016, as China’s strategy to further internationalize the RMB. Meanwhile, China opens up the bond market for foreign investments. Foreign investors used to have very limited access to China’s bond market (only 2-4% of bond market were held by foreigners). However, there have always been growing interests for overseas investors in accessing this market and now foreign investors are allowed to manage onshore private funds in China.

China used to be a country of savers but now those savers are gradually turning into investors and increasing consumers. The demand for quality onshore investment is increasing yet it is crucial to put the right type of funds to the right investor portfolios.

Opportunities are exciting and more capabilities are expected for overseas investors to invest in china, with a growing focus on transparency on sharing information and good principles of corporate governance to assure a healthy bond market.

China is a global hub and is perceived to be the first step to enter Asian markets and other largest markets globally because of its 12 free trade agreements in effect. 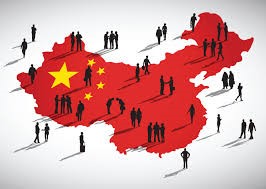 As China grows into the second largest economy in the world at an exceptionally fast pace, investors now need to think how long they can afford not be exposed to this massive economy.

Although some people criticize the rise of China as a direct threat to the developed world, China’s strategies however, seem able to work nicely with the developed world and increase the universal interest, not against it nor only focus on China’s interest. So it is expected that both China and the world can better benefit from this integrated global economy than a fragmented one.